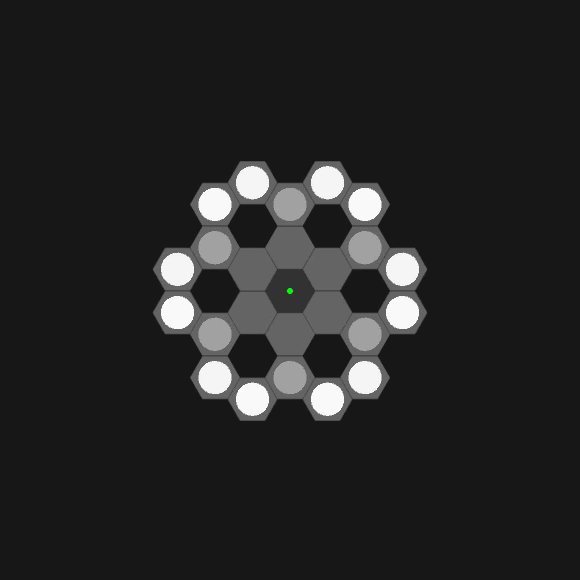 This software simulator examines the idea of a modular LED ambient light object and provides the interface to explore the parameters of its possibility space. The possibility space is characterized by the modular light units which contain the technical features to act on incoming signals received by either a master control unit or a adjacent unit with individually programmed or centrally defined logic. Another characteristic is the color spectrum of the RGB LEDs inside the light units. Thereby the following three aspects describe the space of parameters the software simulates: the system behavior, the ‘agency’ of each light unit, and the light color. 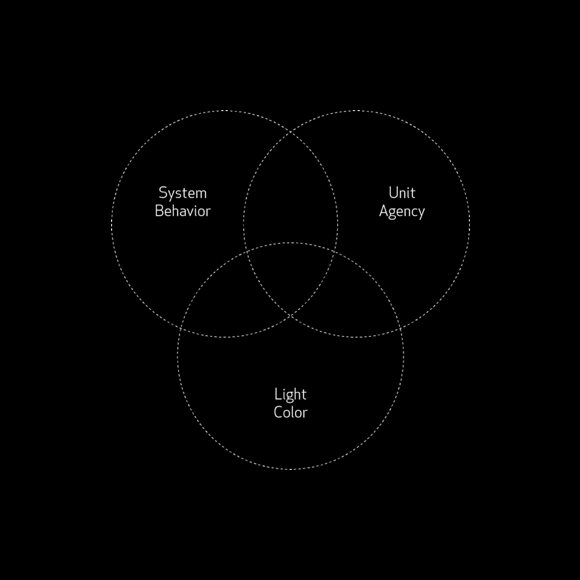 The software implemetation focuses on the two-dimensional arrangement of the hexagon light modules and their color and brightness behavior over time. At the bottom you see the controls to set the parameters for the overall system – like the duration of time each module should be turned on – and the start and end color of fade effect. At the top you’ll find the controls to remove and add light modules – named nodes in the interface. Additionally there is the option to export and load configurations of a module setup. The master control unit within the setup below can be identified by its red or green dot in the middle. When it’s red the simulation is not running and vice versa when it’s green. By right clicking on the master unit another menu pops up to change the overall behavior of the setup. 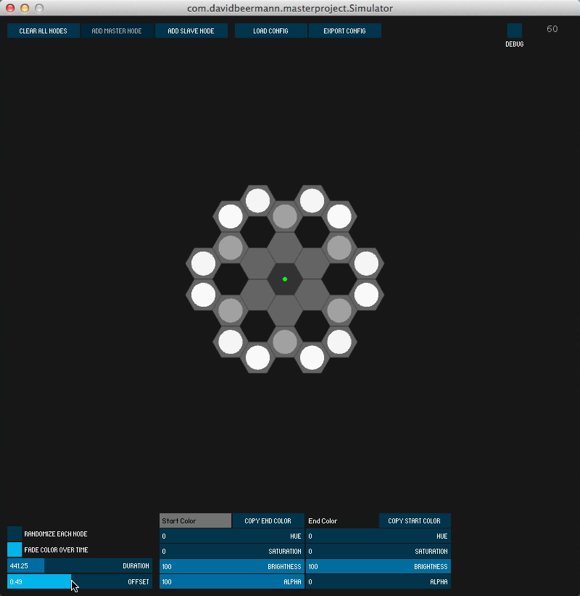