Triggered by a microcontroller, a solenoid valve produces a droplet out of the flow of a siphon that, after hitting a water surface, bounces back up and forms in a short moment of weightlessness a sphere.
The same microcontroller releases the shutter of a camera, which releases a flash and captures the droplet focusing the otherwise blurry background.
The background is a modified liquid crystal display with a flash in place of a backlight, displaying close up images of eyes and providing the only light and color for the image refracted inside the droplet. 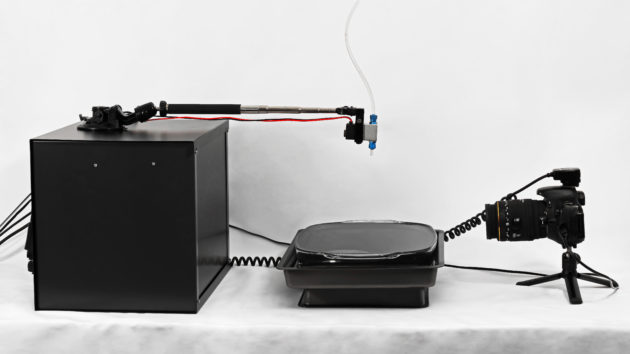 This installation deals with the visual nature of water and its relationship to the human vision.
Like the lens behind your pupil, I used water’s refractive properties to focus the image of an eye.

Water defines the way we see. The spectrum of visible light is a remnant from a time when all life was surrounded by water. When eyes developed, they adapted to the only part of the electromagnetic spectrum that could penetrate water without being absorbed. That’s why water is transparent. As eyes evolved, they also started to use water as a refractive, deformable material to let in more light and focus the world around us. 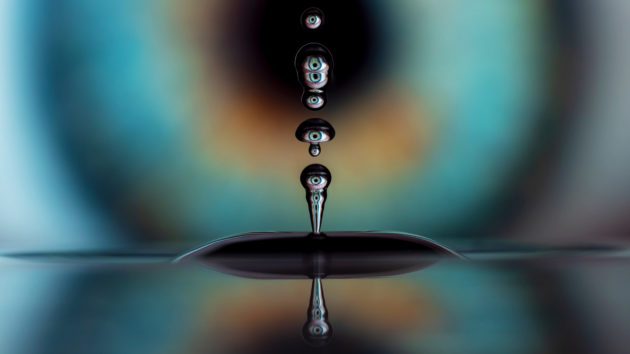 In today’s industrialized world water has become invisible. Not because of its natural transparency, but in the way we use it and get used to it. Hidden in walls and underground, water is accessible from everywhere. Used in closed machines and hidden in the production lines of the products we consume every day. 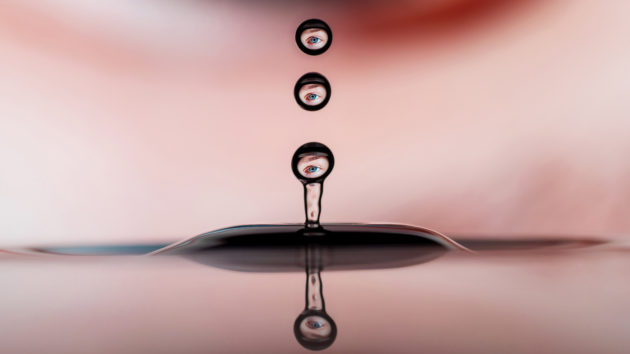 Looking at water reveals fundamental changes our ecosystem goes through and in it we see the reflection of our behavior and actions. The temperatures of the seas are increasing, the frozen waters on the poles and mountains are melting, oceans are filling up with unbiodegradable plastics and acidifying as they absorb anthropogenic CO2. As the sea level rises and the temperatures increase, the global distribution of water is changing drastically. 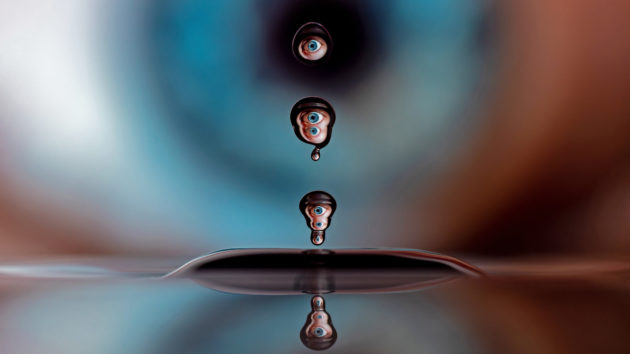 In my installation, I want to show the deep connection between water and our ability to see, but also point out the urgent necessity to look at this transparent substance and see. 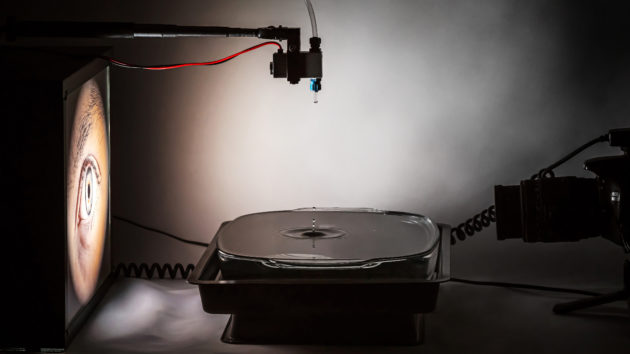