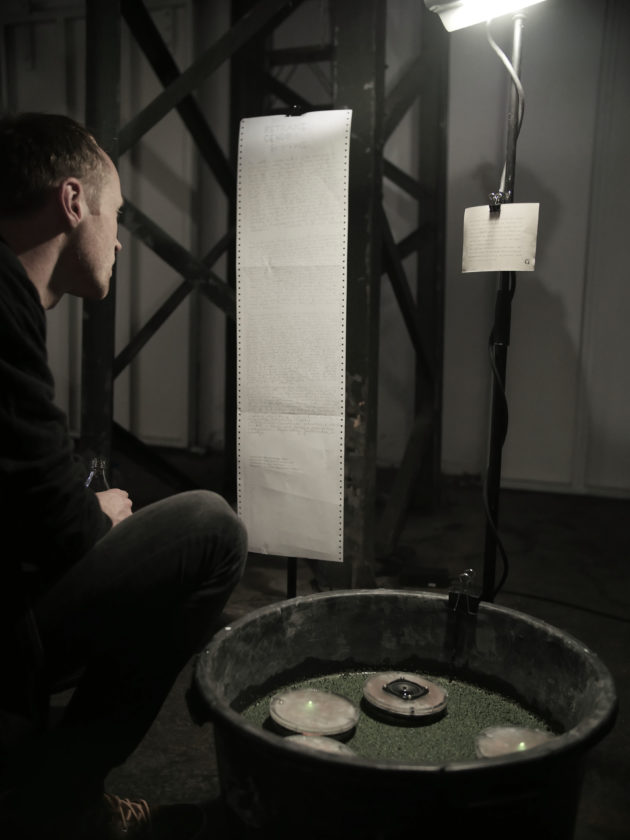 Where are we now?

Retranscending Ecoportals (RE‘s) are machines that are used to overcome the total decoupling of postfuture societies from pristine nature. Societies in which biomachines have replaced all the functions of the nature necessary to humankind.

RE‘s are no consumer products but subversive gizmos that are crafted by individuums related to a new cyberesoteric (CE) movement. A collective of futurehippies based around a group of postcrisis nomads, which detected small spots of autonomous natural processes such as growing plants and spreading organisms in the fallout zones of the upper occident.

At this point in history nature is a network of artificial transorganic machines, hightech organisms capable of natural processes such as photosynthesis, controlled by neural networks responsible for a more or less stable environment. The global fauna is reduced to a small division of animals kept as pets. The flora is replaced by cyborg plants, mainly used for adornment, unable to reproduce on its own efforts. To this society, pristine nature is nothing but the subject of the frightening tales of the ecocrisis beginning in the early 21st century. A century of which contemporary witnesses have become fatally rare.

Nevertheless a decrease in the global human population due to fallouts and glitches in the ecotechnologic system has partly cleared the earth crust from human influence. It is these areas in which atonomous nature has been detected. While humans have underwent an exclusively technological evolution, other organisms presumed dead, have mutated into resilent lifeforms capable to endure in the divisions of earth, destroyed and left by humans.

But since mankind has transformed into a hybrid and only partly organic race, its identification with pristine nature has vanished. It is dominated by ignorance and fear. As all organic life has officially been declared controlled and attached to the ecotechnologic network, autonomous organisms seem inconceivable for these societies. With their senses withered to the very minimum necessary to control their various bodyextensions, and their minds basically operating in the virtual, their abilities to connect to appearences of pristine nature are very limited.

RE‘s are tools acting as interfaces between the postfuture societies and reconquering autonomous natural appearances. RE‘s are basically bridging the organic and the digital. On this behalf they are acting autonomously themselves, only interflecting the processes on both sides of the portal. These interflections are then sonically and visually emitted into the environment, slowly enabling the human senses to recalibrate towards a natural perception and the human mind to retranscend with pristine nature.

The project presented in the following is one example of the previously mentioned Retranscending Ecoportals. This particular RE adresses aquatic ecosystems. It is a network of multiple floating nodes of two different kinds. One kind is the one of transmitters, the other is the transcenders. They are floating on the watersurface communicating with another and the ecosystem below. In order to interface with human entities they are then transforming the environmental processes into sonic and visual events, employing a new sort of amorphous-transcension -algorithm (ATA).

As they are designed to integrate in an ecosystem of diversity rather than the dominant system of unified biomachines, there are in fact far from beeing identical. Each node is nurtured towards an unique character, involving a dynamic production practice that is opposing massproduction in a sense that it employs very organic and inconstant engineering and coding.

This fact enables the resulting RE to adress human imagination in the broadest possible bandwidth, while at the same time integrating itself in an autonomous ecosystem with the lowest required impact. Therefore as sound is the major -post conversion- medium, it is inevitable to enable a certain sonic diversity in order to picture, what the CE movement takes as pristine nature. 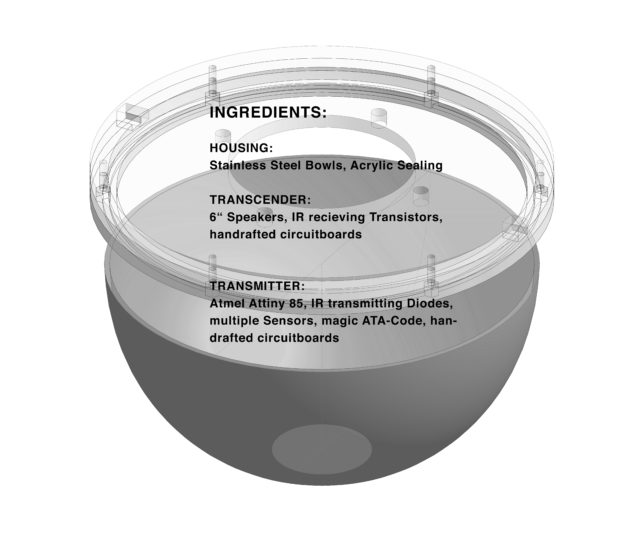