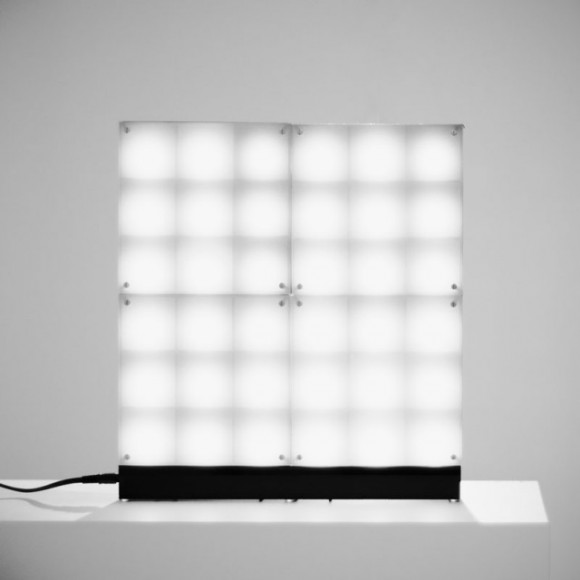 Photoreductive Pixel is a modular installation based-on photosensors and LEDs arranged in an array. The amount of light falling on the backside is measured by a photo sensor, interpreted by a microcontroller and displayed by an LED on the front. Each pixel is an independent modul composed of these three components. The pixels can be arranged as modules of nine pixels into arbitrary formations by simply plugging them together. The result is a pixelated layer, an abstract representation within a room, reacting dynamically to lights and shadows. It is an echo from the digital that gets fed back into the physical. 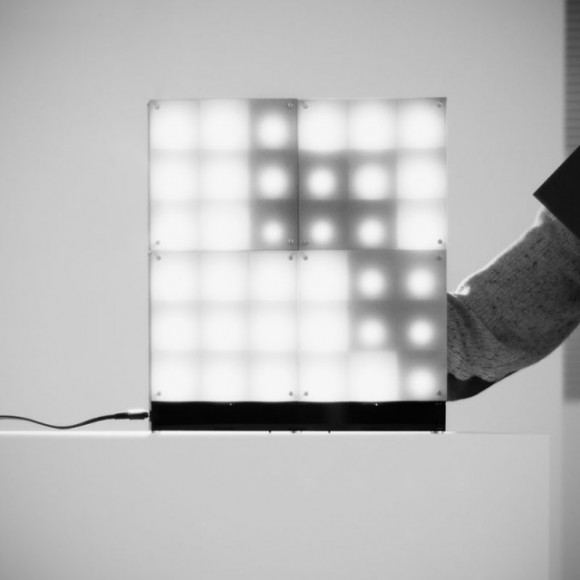 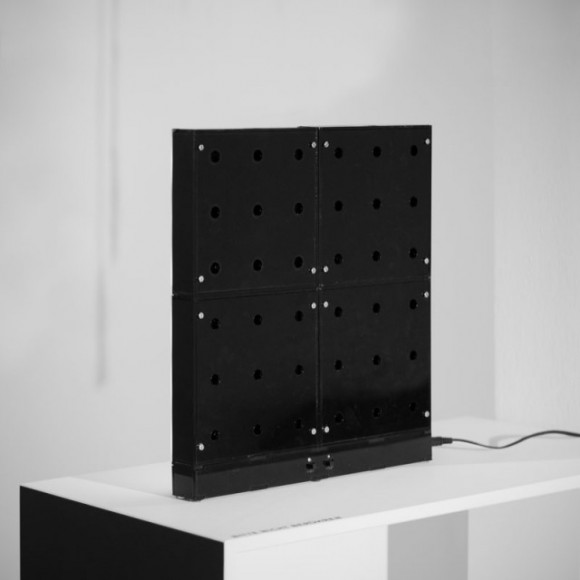 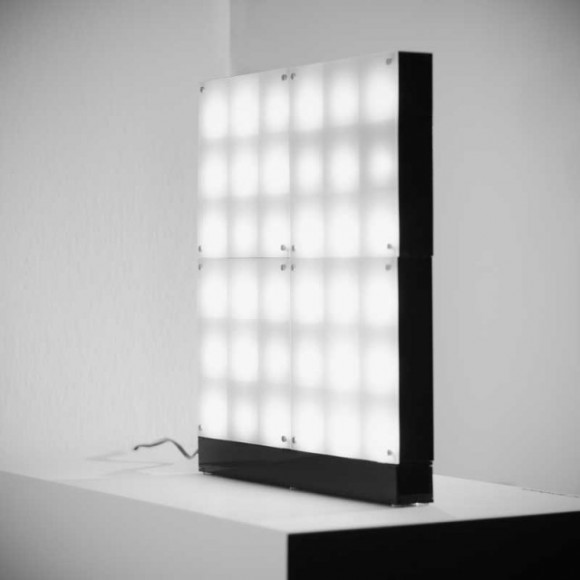 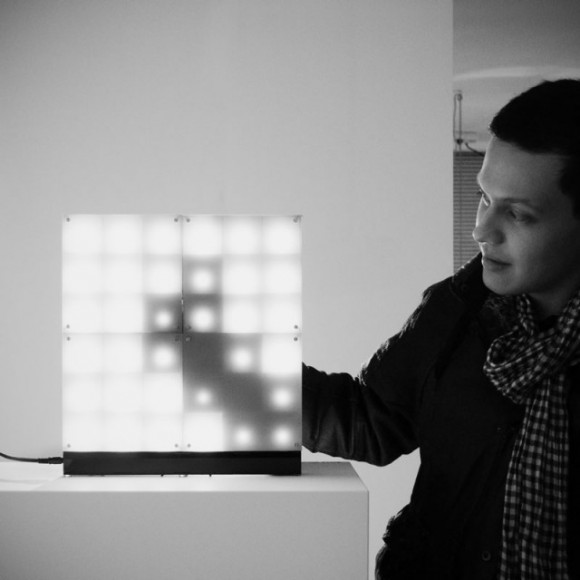 In this work ATtiny microcontroller were used, programmed with an Arduino, to controll the LEDs and photo sensors. A single ATtiny controls two LEDs and sensors. There is also an option-switch which inverts the output, where shadows are displayed as lights an vice versa. The pixel cases are made from acrylic glass, cut with a laser cutter, and attached to an inner scaffold. Custom designed PCBs were etched for the SMD components. Adjustable light sensitivity was achieved by cattering for replaceable resistors. The circuit boards were design so that the microcontrollers can be easily removed for reprogramming. In summary Photoreductive Pixel constructed to be easily adaptable to various situations and scenarios.