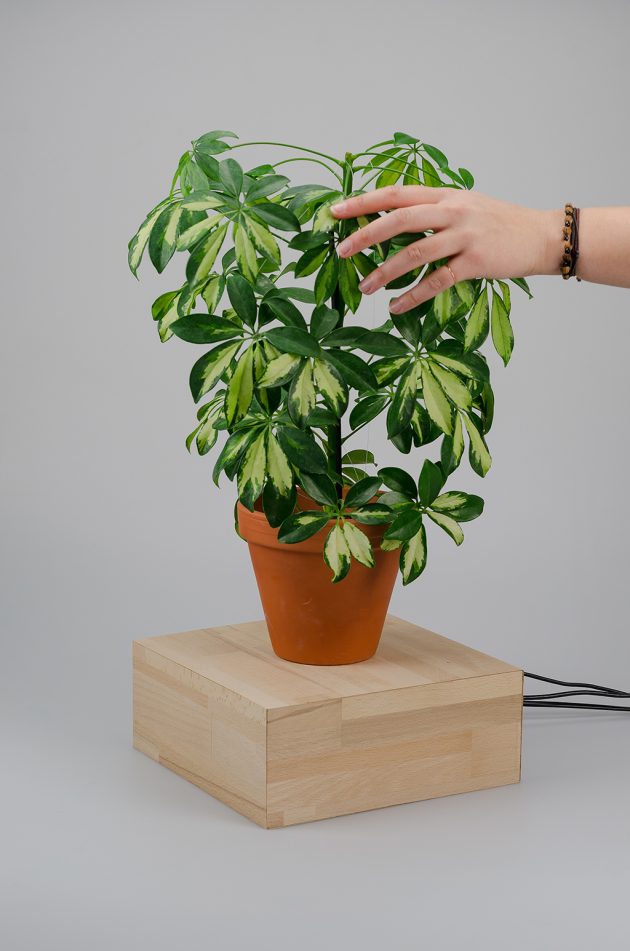 Can’t Touch This is a plant capable of multi touch sensing and movement. It aims to create a new appreciation for plants’ sensoric and motoric capabilites by shifting them onto the human timescale. 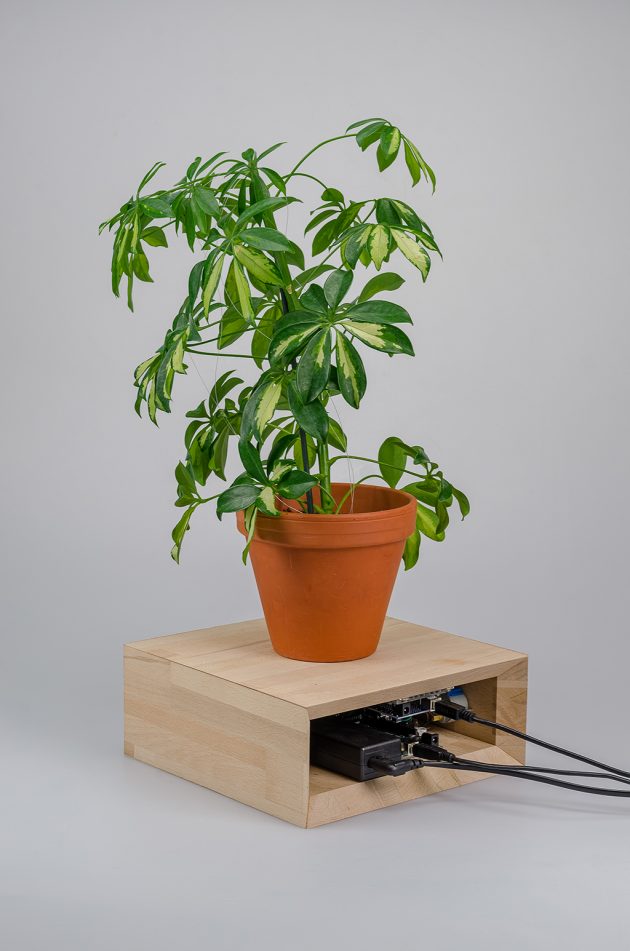 It uses an Arduino Uno to synthesize a range of frequencies which are sent into the plant and to measure the feedback. As high frequencies travel a shorter distance than low frequencies the wave added by the human bodies own electricity when the plant is touched modulates the measured feedback in different ways depending on the point of touch. Filtering the envelope of the signal before sweeping it allows to distinct between multiple states. The accuracy is only limited by the clarity of the generated waves and the resolution of the ADC. This is based on Touche by Ivan Poupyrev from Disney Research Lab Pittsburgh. 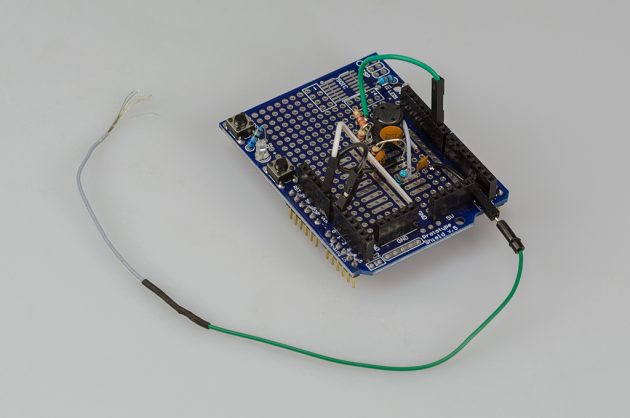 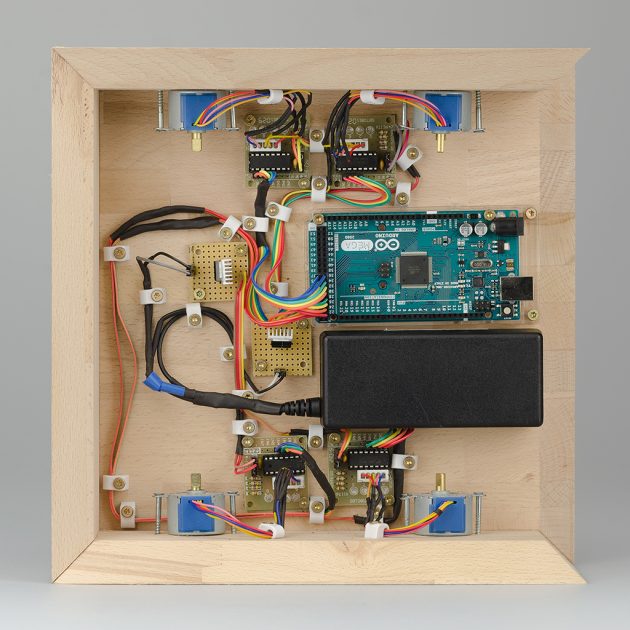 Inside the box there are motors which use fishing lines on 3d-printed reels to move the branches of the plant. This way it moves in a gracefully and subtle way. The required movement of the steppers is calculated on an external computer using the data provided by the touch sensing. Each connected branch moves on its own and is independent from other branches.
The wire needed for sensing and the fishing line are guided through the 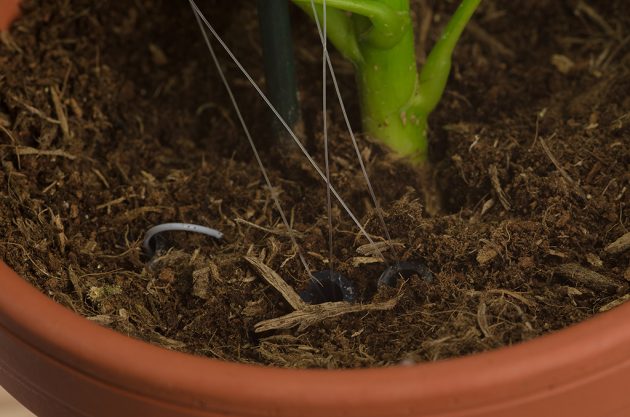