The idea behind Body summing in Organs relies on the observation and understanding of two particular terms.  On one hand the term Body without Organs (BwO: term exposed by Gilles Deleuze and Felix Guattari) and on the other hand the term Event of Colonization.

This piece is a sound-Performance/installation, which is part of a series of works that deal with the idea of generating (or building)  sound using the human body as a tool producer. In this particular pieces 5 performers take part; four of them produce sound by means of their voices  while the fifth performer manipulates and controls the outcome of the sound produced by those four. Technology plays an important role. Tech will influence on what the performers are singing and at the same time on how the sound is manipulated. 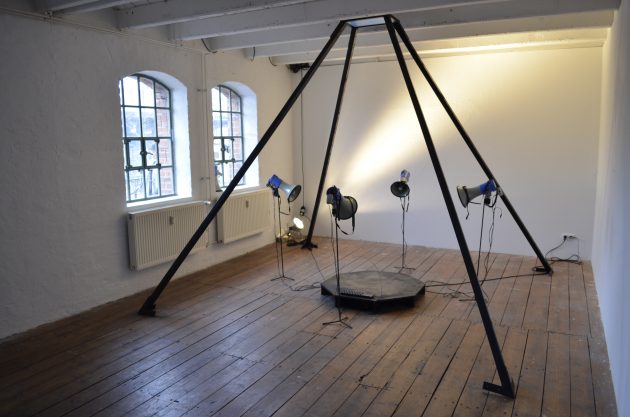 Theory frame
During this stage two main terms appeared on the landscape. The first term is Body Without Organs and the second is Event of Colonization; they are core terms, which I used as the base of the posterior conceptualization of the project. This two terms and some others (that I will define later) were postulated by Gilles Deleuze and Felix Guattari in different publications in particular in the book “A thousand plateaus”.

Body without Organs (BwO):
“ ..an assemblage of organs freed from the supposedly ‘natural’ or ‘instinctual’ organization that makes it an organism.”    (Continental Philosophy Review March 2018, Volume 51, Issue 1, pp 95–110).

Organism:
“An organism is primarily a regularized, organized, hierarchized kind of body, whose organs are restricted to carrying out certain functions prescribed in advance by the organism.” (Continental Philosophy Review March 2018, Volume 51, Issue 1, pp 95–110).

Machine:
“..Guattari’s focus is therefore not on the aspect of machines typically stressed by mechanists, that is, the predictability of their movements, but rather is on the fact that they are productive, that they “do” something.” (Continental Philosophy Review March 2018, Volume 51, Issue 1, pp 95–110).

Event of Colonization :
“..It is a recurrent, asymmetrical encounter between Aboriginal societies and more powerful peoples organized into forms of sovereign state…  colonization has tended to involve the incorporation or at least the subordination of a territory along with its peoples and resources by the colonizing state”.  (Deleuzian Concepts: Philosophy, Colonization, Politics. Paul R. Patton, pp100-103) 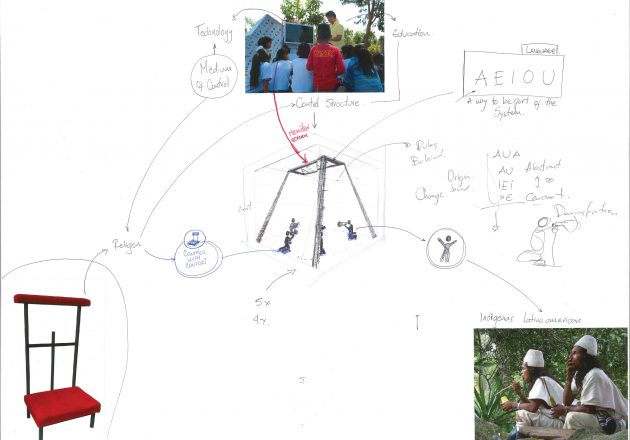 Connections  and relations between the performance details and the theory frame.

Education, technology and religion are organisms of control and tools during a process of Colonization.

The idea is to manipulate the voice of 4 performers using a software (a Max msp vocoder patch). The performers will do a kind of chanting singing while they are reading a text composed by combinations of vowels which are displayed on a monitor.
Other performer will be in charge of manipulating performers voice´s sound. By means of a MIDI controller the performer will change the values of certain parameters in the Max msp patch.