1000 Behaviors is an experimental framework for observing and evolving the movement behaviors of a robot. Consisting of nine collaborating servo motor segments, that are connected by joints, the robot performs its movements based on generated and processed data to find its most optimized behavior.

The movement data of the robotsnake are structured in generations, behaviors and units. Each unit is representing one motor and contains the values that prescribe the oscillating movements of the motors. Each behavior is formed by nine motors. And each generation constists of 1000 of these behaviors.

For each new generation the robot tests all behaviors. By performing the prescribed movements from that behavior in a certain amount of time and in front of an observer. The observer helps the robot evaluating its behaviors by giving each one a quantified rating. Usually the observer is a person who gives this rating based on intuitive criteria.

After all tests are completed, the data from the behaviors of the robot are being sorted by their ratings and then mutated and recombined, so that 1000 new behaviors can then be generated.

In this process the robot’s 1000 behaviors are consistently evolving, influenced by many observers, the framework and the robot itself. 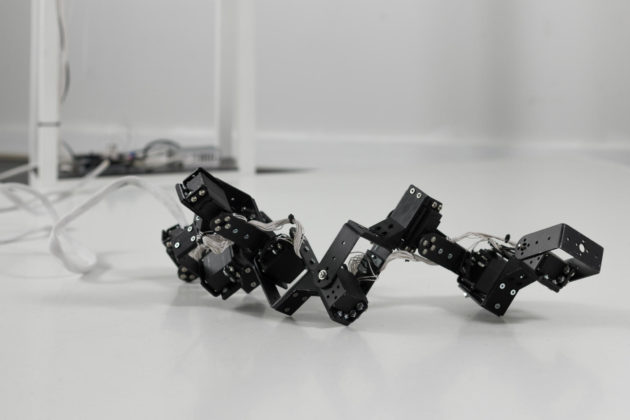 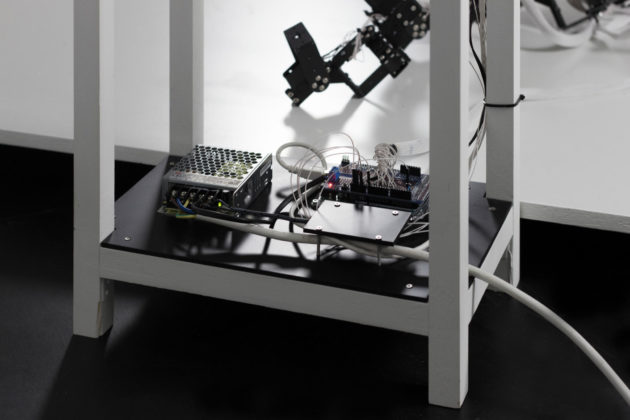 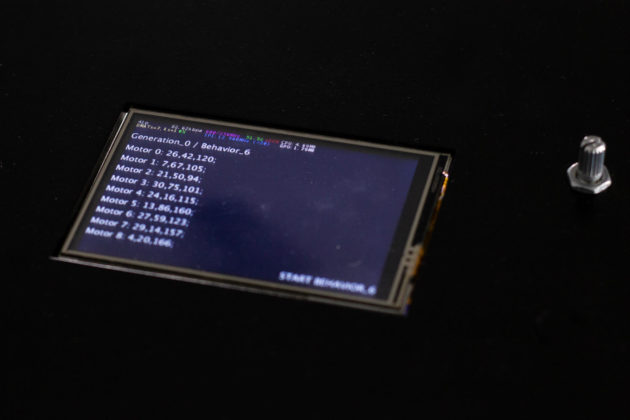 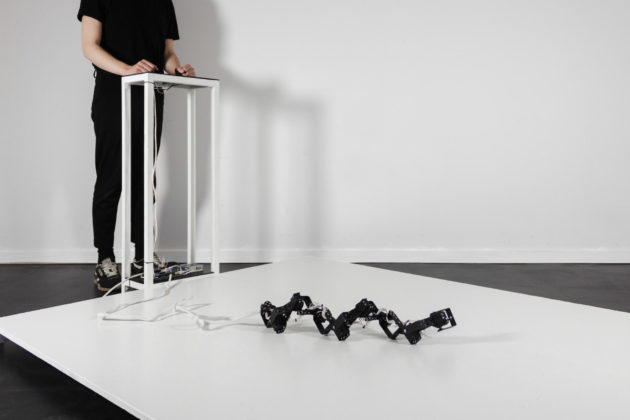 Photos at University of the Arts Bremen 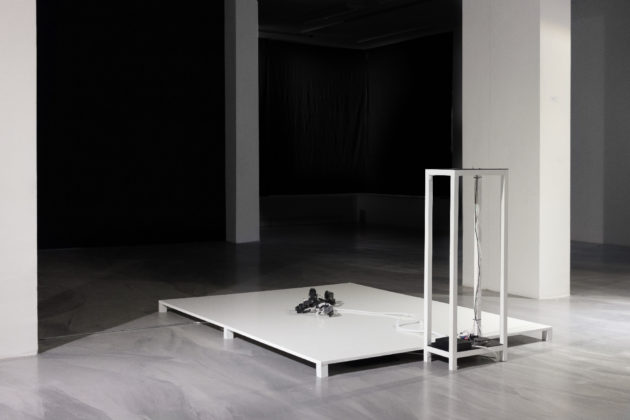 Photo by Nathalie Gebert at EMAF No.32